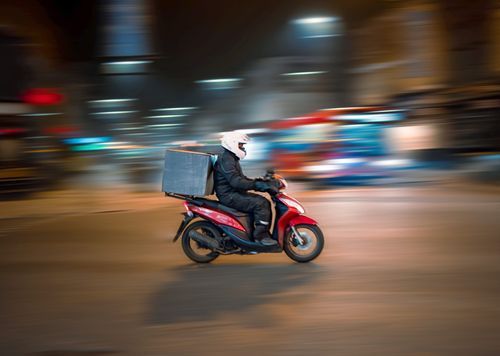 Microservices have many uses, and security is one area where micro services can both help — and harm. Learn how micro services provide flexibility, scalability, and both security advantages and disadvantages to app developers and their end-users.

What are micro services?

Micro services “are built around business capabilities and independently deployable by fully automated deployment machinery. There is a bare minimum of centralized management of these services, which may be written in different programming languages and use different data storage technologies,” describes Martin Fowler.

Each microservice deployed by a developer is responsible for a discrete task and communicates with other services through simple APIs. Here’s why this structure works — and how it benefits app development.

Microservices offer a number of advantages to software developers and end-users alike. Microservice advantages are technical and practical — here are just a few main benefits.

Microservices can be deployed independently. Because these services are small (micro), software developers can easily go in and change a line of code or add a new feature without disrupting the entire application. In micro service architecture, even though all components work together to create the app experience, not every component is dependent on the others. That means when you need to make updates, you can do so flexibly and with agility.

Select the best components for the job. The traditional approach to building apps, with a common stack supported by a large database, has some serious drawbacks.
As IBM explained, “[E]very component of an application must share a common stack, data model and database even if there is a clear, better tool for the job for certain elements. It makes for bad architecture, and it’s frustrating for developers who are constantly aware that a better, more efficient way to build these components is available.” Micro services allow developers to build faster, better-optimized apps.

Find and fix problems faster. Micro services make it easy for developers to isolate faults when something goes wrong. The polylithic nature of micro services means that if one stops functioning, the entire application won’t collapse. Instead, the error can be quickly identified, remedied and re-deployed without interrupting service completely. If there’s a security problem, developers can isolate the bug and patch it quickly.

Microservices are scalable. When you need to develop new app features or account for new users, micro service architecture provides the flexibility to scale up or down. “As the workload grows with more and faster data, additional microservices can be deployed to run in mirror to spread the load across further hardware resources. In contrast, refactoring a monolithic application to handle more load—which will require significant changes—potentially creates greater risk for introducing errors,” wrote the experts at DevOps.

Microservices can play an integral role in app security, allowing developers to implement a layered defense that avoids downtime, makes patching easier, and covers all bases when it comes to threat management.

These microservices provide a way for app developers to holistically secure the valuable information of their end-users. However, there are some disadvantages to using microservices that could put your app — and user information — at risk.

Microservices architecture is more complex than traditional architecture. Microservice-oriented architecture has increased the complexities of development by using codebases that tend to be large and decentralized. In addition, an app may draw from projects that might have multiple codebases with similar or redundant code. Ultimately, using microservices in your app increases the likelihood of secrets sprawl and PII exposure.

This is where a tool like Nightfall can help. Nightfall’s data loss protection AI ensures confidential or sensitive information isn’t shared outside of a SaaS platform by scanning for content within messages and files that break predefined policies. In our next guide to microservices, we’ll discuss how to secure your microservices architecture to maintain best-in-class service and avoid attacks by online criminals.